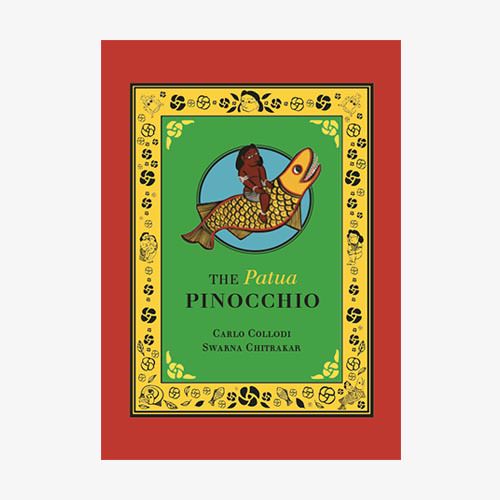 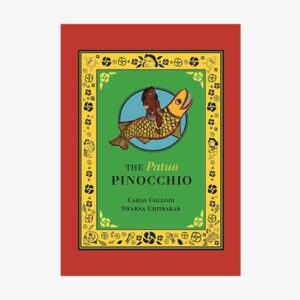 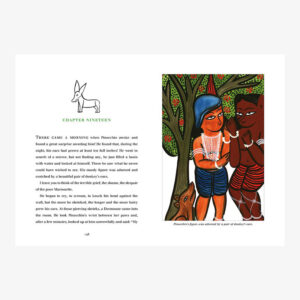 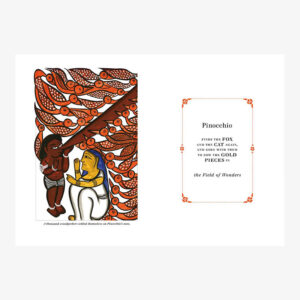 This quintessentially Indian version of a much-loved children’s classic features art from the Patua scroll tradition of West Bengal, India. Carlo Collodi’s original Italian text centres on a marionette who escapes his wooden fate and has many adventures, including a stint at sea in the stomach of a shark. This Indian version is abridged from Carol Della Chiesa’s well-known English translation, and illustrated by award-winning scroll painting artist Swarna Chitrakar. 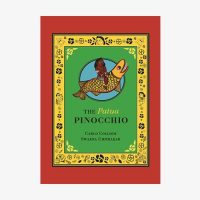 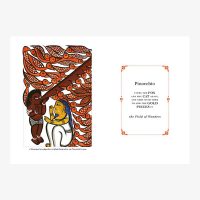 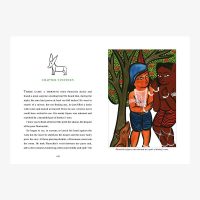 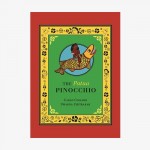 A visually striking cultural remix of a classic piece of children’s literature.

Deeply entrenched in the cultural pantheon of the patuas..., its breathtaking artwork has ... universal appeal.

An engaging telling in just about 180 pages, the story pops out and grabs the reader via starkly stylized original illustrations.

Swarna Chitrakar uses the Patua style of art form to give Pinocchio a new feel to the old classic. 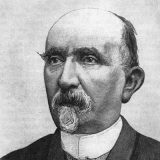 Born Carlo Lorenzini, this 19th century Italian children’s author was best-known by his pen name Carlo Collodi, under which he wrote the world-famous title The Adventures of Pinocchio. It was originally published on a weekly basis in the children’s newspaper Il Giornale per i Bambini. Carlo passed away before Pinocchio became well-known outside of Italy. 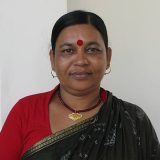 Hailing from West Bengal in India, Swarna was trained in the traditional Patua form of folk art by her father and uncle. Despite marrying into a family that disapproved of women painting, Swarna – with support from her husband – went on to become an extremely successful artist. Click here to discover her other Tara Books. 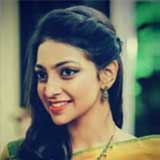 Tanuja is a graphic designer and illustrator with a focus on editorial, publication and identity design. Tanuja is also part of the team at Kabadiwalla Connect, an award-winning social enterprise based in Chennai, and leads design at Upcykle, a studio focusing on design and innovation with reclaimed and sustainable materials. Click here to discover her other Tara Books.

Click to download or view a PDF with activities and suggestions for educators on how to explore the book.